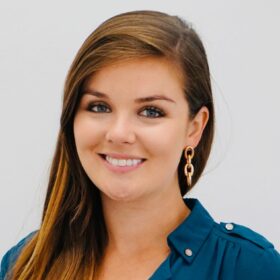 Annie Lydford joins the Academy from Nevill Holt Opera, where she has been Managing Director for three seasons. She will take up the role on 12 September 2022. Prior to that, Annie was Director of Communications and Marketing at the Creative Industries Federation, and before that Head of Communications at English National Opera. Annie currently serves on the board of the Buxton International Festival, was a founding board member of SWAP’ra (the organisation supporting women and parents in Opera) and has been organist and Director of Music at St Anne’s Church, Soho since 2013. 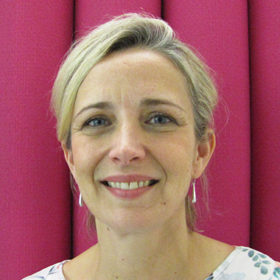 Alison graduated from college with a BA (Hons) in music and went straight into Arts Administration. Before joining the Academy in October 2017 Alison worked at The Royal Opera House where she had been Orchestra Manager; Contracts Manager for the Royal Ballet; and, for the last two years of her time there, managing their Staff Engagement programme. Alison heads up our Concerts and Tours team and is primarily responsible for creating and programming our busy touring schedule. Outside work, Alison is striving to improve her 10K run time to 1 hour, and can be quite frequently found looking rather bewildered at national dance competitions supporting her 10-year-old daughter! 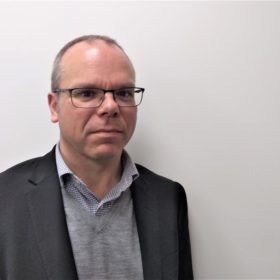 After completing a music degree David started his career in the box office at St John’s Smith Square before managing music, arts and education projects for companies including Barclays, Sainsbury’s and the BBC. Since moving into fundraising he has held senior roles at the Science Museum, Brooklands Museum and the London Community Foundation. Away from work he is a frequently adequate second violinist with Kensington Symphony Orchestra and watches football and cricket with varying degrees of enjoyment.

Hard to pick a favourite, but I have a longstanding soft spot for Haydn and Hummel Trumpet Concertos with Håkan Hardenberger

Amy studied Music at the University of Chichester where she played saxophone in many jazz ensembles. After graduating, she started working at the Wiltshire Music Centre as the Creative Learning Intern. In 2014 Amy moved to London and began her career working in Development for Spitalfields Music before joining the Academy in 2016. In her spare time Amy plays tennis and loves cooking. 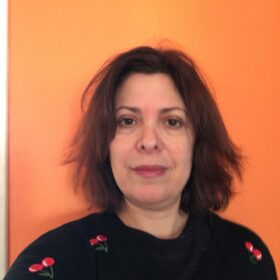 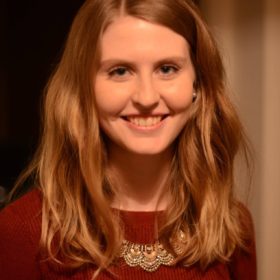 Hannah studied Music at the University of Surrey where she first began producing live music events. Following internships with London Sinfonietta and Aldeburgh Festival, she went on to work within the Concerts teams at Classical Opera and OAE. Hannah joined the Academy in October 2019 after two years as Concerts and Touring Coordinator at London Sinfonietta. Outside of work Hannah sings with St Martin’s Chorus and enjoys making the most of her National Trust membership, visiting beauty spots around the UK (and their tea rooms!). 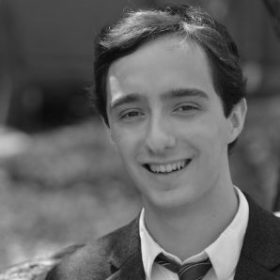 Jacob is a violinist from Buffalo, N.Y. After graduating from Cornell University, Jacob began his career as a strategy consultant at Kaiser Associates in Washington, D.C. As Head of U.S. Development, Jacob  raises funds to support the Academy’s extensive touring schedule throughout North America. 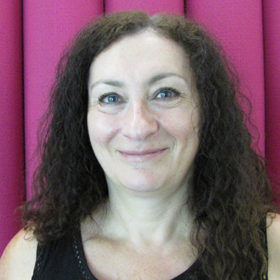 Lesley studied viola at the Royal Academy of Music, where she won prizes for solo and chamber music playing and was awarded the Recital Diploma.Her career as a musician included a position in the orchestra of the West End Show ‘Les Miserables’. In 2010, Lesley was appointed Orchestra Personnel Manager with London Sinfonietta and joined the Academy in 2018. Lesley also books players for freelance projects including orchestras for performances with Burt Bacharach, Quincy Jones, Nigel Kennedy and Joss Stone. 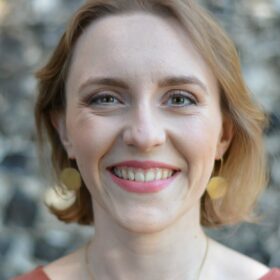 Rose studied Music at the University of York with a BA Hons and a Masters in Composition. She was Box Office Manager at the National Centre for Early Music in York for four years where she was introduced to the world of Arts Marketing before moving to Kent. There she joined Jasmin Vardimon Company as Digital Marketing Officer alongside work as a freelance composer before joining the Academy in September 2021. Outside of work, Rose continues to compose, sing with the City of Canterbury Chamber Choir, reads, tends to the allotment, and walks a bouncy Labrador called Barry.

It has to be the recording that unknowingly introduced me to the Academy at a wee young age  – Amadeus!