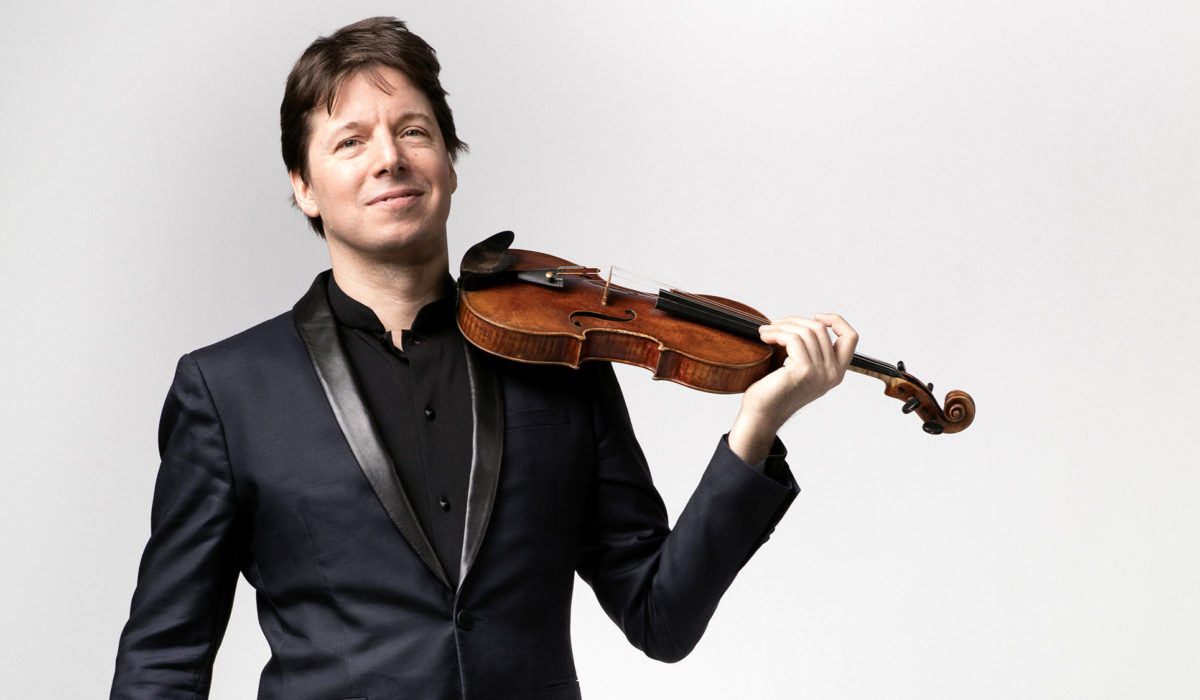 With a career spanning over thirty years as a soloist, chamber musician, recording artist, conductor and director, Joshua Bell is one of the most celebrated violinists of his era.

Named the Music Director of the Academy of St Martin in the Fields in 2011, he is the only person to hold this post since Sir Neville Marriner formed the orchestra in 1958, and recently renewed his contract through 2023.

Bell maintains an avid interest in film music, commemorating the 20th anniversary of The Red Violin (1998) in 2018-19. The film’s Academy-Award winning soundtrack features Bell as soloist; in 2018, Bell brings the film with live orchestra to various summer festivals and the New York Philharmonic. In addition to six Live From Lincoln Center specials, Bell is also featured on a PBS Great Performances episode, “Joshua Bell: West Side Story in Central Park.”

Through music and technology, Bell further seeks to expand the boundaries of his instrument. He has partnered with Embertone on the Joshua Bell Virtual Violin, a sampler created for producers, engineers, and composers. Bell also collaborated with Sony on the Joshua Bell VR experience.

As an exclusive Sony Classical artist, Bell has recorded more than 40 albums garnering Grammy®, Mercury®, Gramophone and ECHO Klassik awards. Sony Classical’s most recent release in June 2018, with Bell and the Academy of St Martin in the Fields, features Bruch’s Scottish Fantasy and G minor Violin Concerto. Bell’s previous release, For the Love of Brahms in 2016, includes 19th-century repertoire with the Academy, Steven Isserlis, and Jeremy Denk. Bell’s 2014 Bach album, featuring Bell conducting the Academy in Beethoven’s Fourth and Seventh Symphonies, debuted at No. 1 on the Billboard classical charts.

Bell advocates for music as an essential educational tool. He maintains active involvement with Education Through Music and Turnaround Arts, which provide instruments and arts education to children who may not otherwise experience classical music firsthand.

Born in Bloomington, Indiana, Bell began the violin at age four, and at age twelve, began studies with Josef Gingold. At age 14, Bell debuted with Riccardo Muti and the Philadelphia Orchestra, and debuted at Carnegie Hall at age 17 with the St. Louis Symphony. Bell received the 2007 Avery Fisher Prize and has recently been named Musical America’s 2010 “Instrumentalist of the Year” and an “Indiana Living Legend.” He received the 2003 Indiana Governor’s Arts Award and a 1991 Distinguished Alumni Service Award from his alma mater, the Jacobs School of Music.

Bell performs on the 1713 Huberman Stradivarius violin, with a François Tourte 18th-century bow.

Find out more about Joshua Bell at www.joshuabell.com