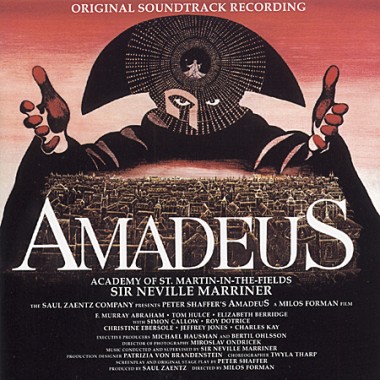 The soundtrack to the Oscar-winning film Amadeus, a fictional account of the life of the genius composer Wolfgang Amadeus Mozart and his bitter feud with rival Antonio Salieri, features many of Mozart’s most popular compositions. Recorded by the Academy and Sir Neville Marriner in 1984, the soundtrack to Amadeus reached #1 in the Billboard Classical Albums Chart, #56 in the Billboard Popular Albums Chart, has sold over 6.5 million copies to date and received 13 Gold Discs, making it one of the most popular classical music recordings of all time.

Listen to our podcast about Amadeus with Sir Neville Marriner, Simon Callow and Ludwig Wicki: