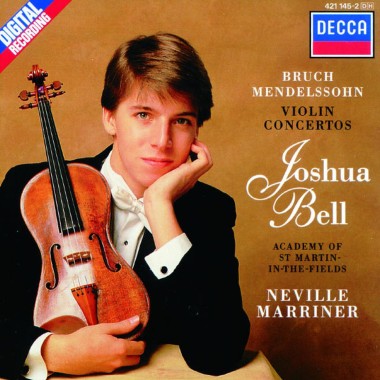 Joshua Bell’s first concerto disc, recorded when Bell was just 21 years old, marks the beginning of his relationship with the Academy. Recorded under Sir Neville Marriner in 1988, little did either man know that 23 years down the line Bell would be succeeding Marriner as Music Director.

Watch Joshua and the Academy in a 2012 performance of the final movement of the Mendelssohn Violin Concerto in the video below.