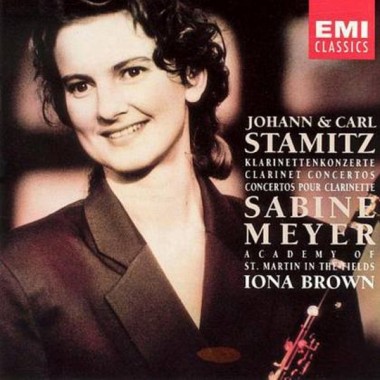 Sabine Meyer is widely credited with giving the clarinet a new lease of life on the concert platform – and here she does likewise with one of the earliest clarinet concertos, by Czech composer and father of the Mannheim School, Johann Stamitz. Stylistically speaking, Johann’s concerto sits between the late baroque and classical periods, with the ‘new’ timbre of what was at the time an instrument in its infancy juxtaposed with the formal structures and conventions of the baroque. Three further concertos by Johann’s eldest son, Carl Stamitz, complete this record.