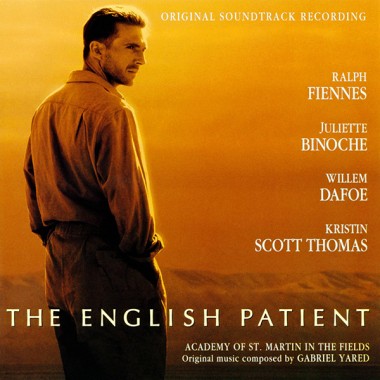 Conductor: Harry Rabinowitz
A sumptuous score... brim full with wistful romantic love melodies which seem to have a life of their own
Classic FM
Buy on Amazon

The soundtrack for the Oscar-winning film The English Patient contains music from the original score, written by French-Lebanese composer Gabriel Yared and performed by the Academy of St Martin in the Fields, alongside a selection of popular and jazz hits from the film’s thirties and forties period setting. Gabriel Yared’s original music won the Academy Award for Best Dramatic Score, the Golden Globe for Best Original Score, the BAFTA Award for Best Film Music and the Grammy Award for Best Instrumental Composition Written for a Motion Picture or for Television.

Watch the original theatrical release trailer for The English Patient below.