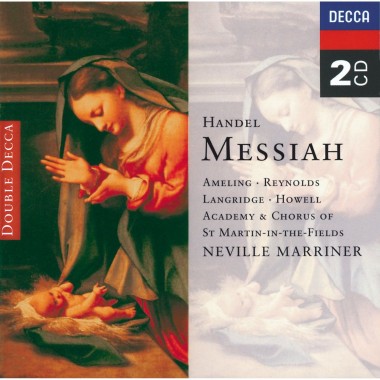 This edition of Handel’s Messiah is a landmark recording both for the Academy and in the history of the work, being both the first recording made with the Academy’s own chorus, and the first (and as far as we are aware, only) recording of the version used by Handel for the work’s 1743 London premiere. Sir Neville Marriner’s deliberate choice to break with the massed-choir treatments of the past was greeted enthusiastically by the public, selling over a quarter of a million copies in the first three years, and leading Fanfare’s Michael Carter to remark in 2010:

“There have been many recordings of Messiah since this 1976 release and there will no doubt be many more to come, but few, if any, will match, let alone surpass, this of Marriner.”