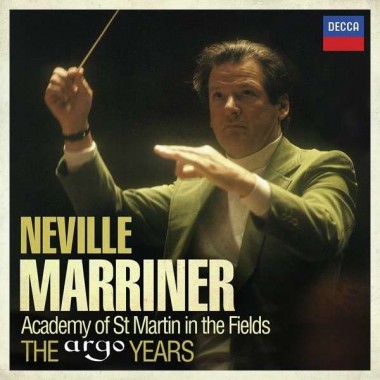 This 28 CD box set was released in 2014 in celebration of Sir Neville Marriner’s 90th birthday and contains the pick of his early recordings with the Academy. Concentrating on the Argo years, when the pattern for the Academy’s success was set, the edition spans the years 1964-1981, with a bonus disc of the first Academy recordings from 1961. Winning performances by soloists such as Alan Loveday and Iona Brown were a key part of the fabric of the Academy’s unique sound. Highlights in this box set include the legendary recording of Vivaldi’s Four Seasons, and full performances of Handel’s Messiah and Mozart’s Requiem.

In the video below, Sir Neville Marriner guides you through the box set, discussing his memories of each of the recordings.