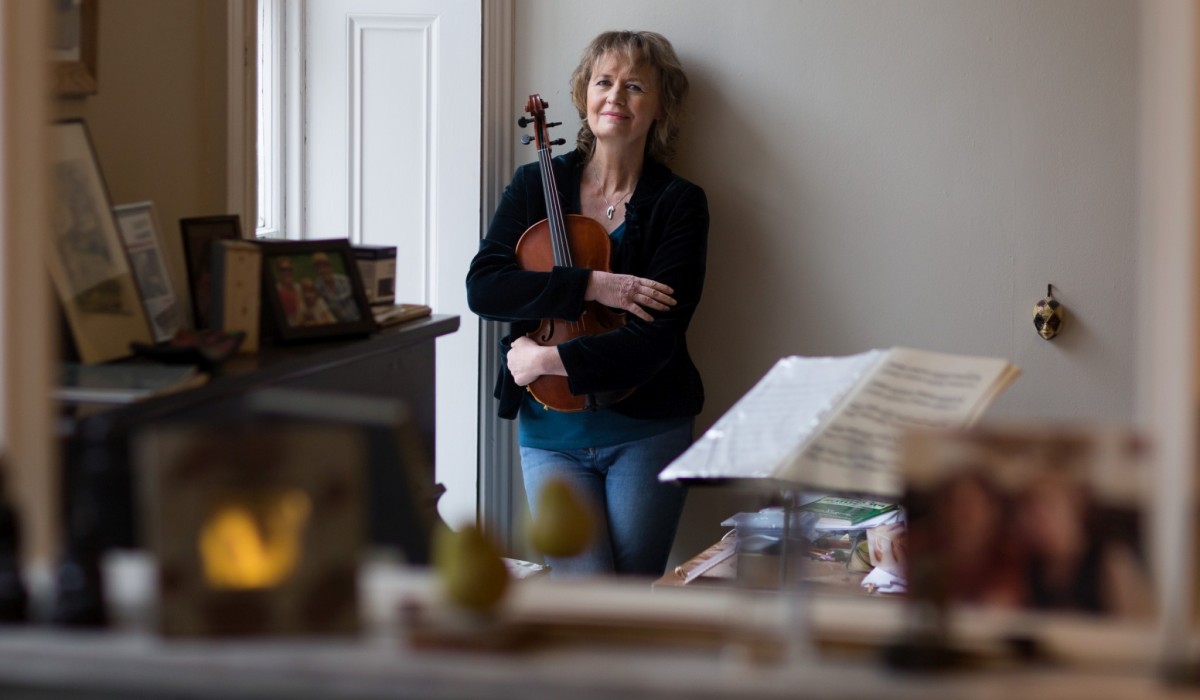 We are delighted that Sally Beamish is our first Composer in Residence, a partnership set to run until the end of the Academy’s Diamond Jubilee season in 2019/20.

Sally Beamish is one Britain’s best-known contemporary composers. Renowned for her versatility, Sally’s catalogue of works includes concertos for instruments from violin to accordion; music for film, opera and dance; tributes to composers from Debussy to Britten; and incorporates diverse influences from jazz to the music of her adopted homeland, Scotland.

Sally said “I am delighted and honoured to have been appointed Artist in Residence with the Academy of St Martins. The orchestra is very special to me, as not only did I perform with them for several years as a viola player, but my mother, violinist Ursula Snow, was a member before me. When I was starting out as a composer Neville was extremely supportive, and entrusted me with several orchestral commissions. This new residency is a chance for me to re-engage with those wonderful players and to create works expressly tailored to the fantastic virtuosity and creativity which characterises the Academy.”

Following its world premiere in the USA in February 2019, the Academy will give the UK premiere of Hover written in memory of Sir Neville Marriner on Tuesday 12 November at the Queen Elizabeth Hall. BOOK TICKETS

The Academy Chamber Ensemble will give the world premiere of Partita in Columbus, Georgia during the opening concert of the USA tour in October 2019.

Find out more about Sally Beamish at www.sallybeamish.com