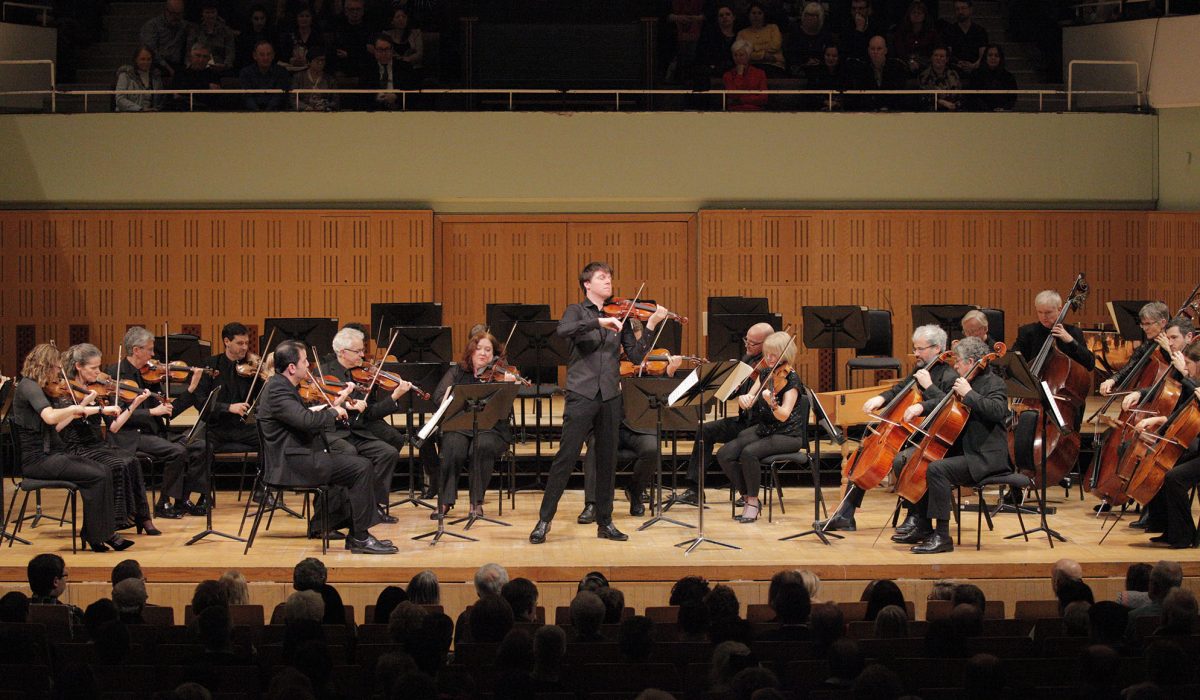 In this seven-date tour the Academy’s Music Director Joshua Bell, one of today’s most celebrated violinists, starred as soloist in Vivaldi’s ever popular Four Seasons, offered up the UK premiere of a vibrant new work for violin and orchestra written by his good friend and collaborator Edgar Meyer, and directed Beethoven’s exuberant Symphony No. 2.

CATCH UP ON THE TOUR

Read reviews of the tour’s concerts from:

The Arts Desk – “full of life and imagination”

Nottingham Post – “The performance had all the ASMF’s hallmarks: tightness of ensemble, transparency of textures and plenty of rhythmic bounce.”

Hear the BBC’s Radio 3 in Concert broadcast of the final concert of the tour, live from Bristol’s Colston Hall on Thursday 25 January 2018. Presented by Nicola Heywood Thomas. Listen to Edgar Meyer and Joshua Bell talking about the new Overture for Violin and Orchestra in our latest podcast:

Watch footage of our rehearsals with Joshua Bell at Cadogan Hall, and hear reactions from audience members following our concert performance of Vivaldi’s Four Seasons:

I imagine this puts me in a pretty small minority, but all my life my favourite Beethoven symphony has been No. 2. And tonight’s performance by the Academy of St Martin in the Fields at Symphony Hall totally reinforced that opinion. Outstanding! @THSHBirmingham

@ASMForchestra Such vibrance, in every individual performer, artistry, collaboration and mastery! Thank you for an awesome, inspiring and beautiful concert! #ASMFonTour @NCH_Music

Absolutely magic concert @NCH_Music Dublin last night, with @JoshuaBellMusic and Academy of St Martin. Could not keep the grin off my face due to fantastic music fabulously played. Thank you all!! #lovemusic

Sometimes all you can say after a concert is that you were lucky to be there. This evening’s performance by @JoshuaBellMusic and @ASMForchestra at the @NCH_Music – particularly the #Vivaldi – was such a night of music. #joshuabell #academyofstmartininthefields pic.twitter.com/wTGOMMsfpL

A delightful concert tonight at the NCH with Joshua Bell and the Academy of St Martin in the Fields. The standing ovation was richly deserved. @BritEmbDublin pic.twitter.com/ckNXJIeIk2