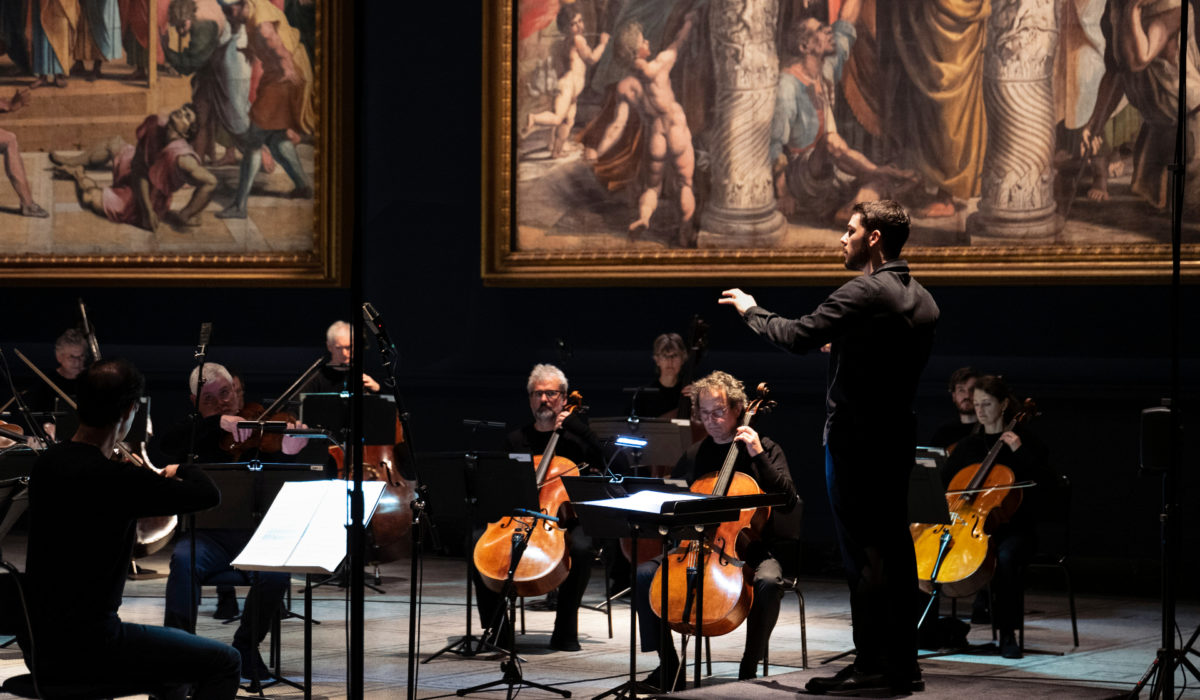 Oliver Zeffman & The Bach Choir at The British Library

The British Library is host a special concert as a finale to their exhibition Beethoven Idealist. Innovator. Icon, and to launch a brand new series of Music in Museums, curated and conducted by Oliver Zeffman.

“The grand Entrance Hall will resonate to the sound of a 50-piece orchestra, its balconies arrayed with the rich voices of the Bach Choir, as we present two of Beethoven’s most admired orchestral works. A precursor to his Ninth Symphony, Beethoven’s sparkling 1808 Choral Fantasy for piano, vocal soloists, chorus and orchestra is a poetic tribute to the divine power of music. His Symphony No. 6 in F major, also known as the Pastoral Symphony which premiered the same year, embraces every aspect of country life – from birdsong and brooks to thunderstorms and folk dance.

Beethoven’s sketchbook for the Pastoral Symphony is one of the great treasures of the British Library’s music collections. It contains over 100 pages of sketches, drafts and re-workings of every part of the symphony in Beethoven’s hand, offering a unique insight into his thought processes as the work took shape. It is currently on display in our exhibition, together with many other manuscripts, letters and documents charting the composer’s life and musical output.” – The British Library

Seating capacity for this event is very limited, and you are encouraged to book early. The event will also be filmed for later release.