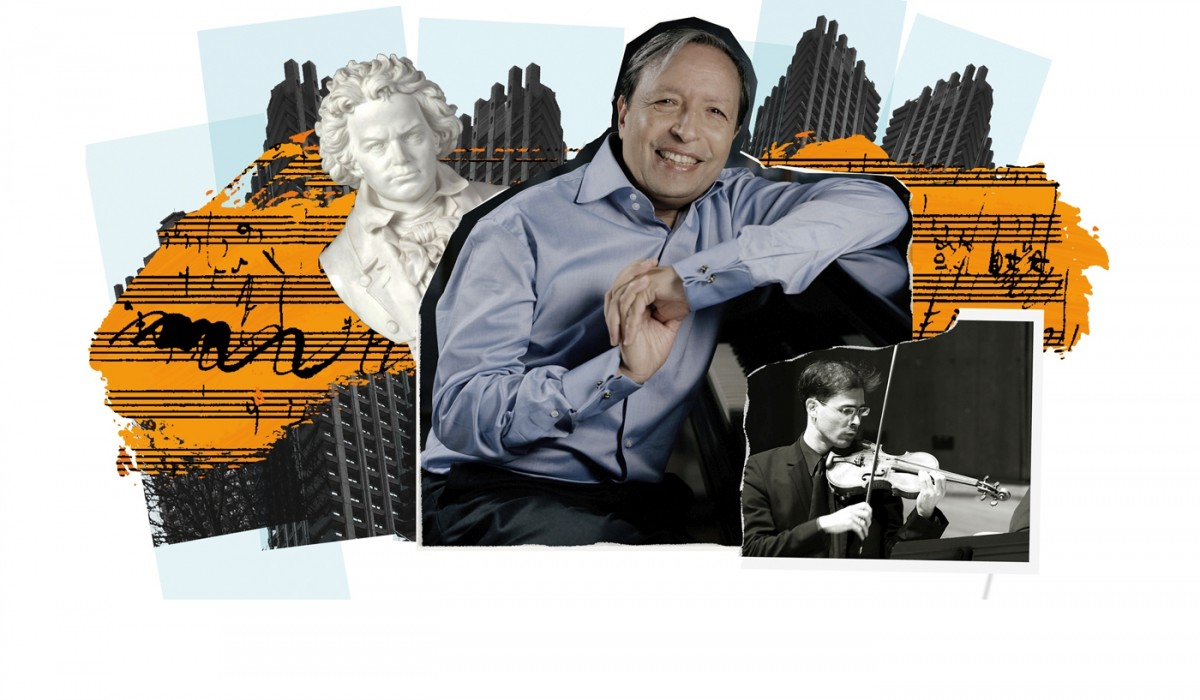 This concert is sponsored by

In one of 2016/17’s classical highlights, world-leading pianist Murray Perahia celebrates the genius of Ludwig van Beethoven in Perahia Plays Beethoven, a four-concert series at London’s Barbican with the Academy of St Martin in the Fields.

Over the course of the season, the acclaimed American applies his penetrating intellect and exquisite musicianship to the brilliant German’s much-loved Piano Concertos, play-directing all five from the piano.

In the second concert of the series, Murray Perahia pairs the joie-de-vivre of Beethoven’s youthful Piano Concerto No. 2 with his transcendent Piano Concerto No. 4. Containing some of the most beautiful writing for piano in the history of western classical music – including the dramatic second movement popularly associated with the myth of Orpheus taming the Furies at the gates of Hades – for many this concerto now ranks alongside the more illustrious “Emperor” Concerto which was to follow. Academy Leader Tomo Keller sets the tone, beginning the concert directing Beethoven’s stormy Coriolan Overture, based on the semi-mythical life and demise of the war-like Roman general, Gaius Marcius Coriolanus.

We spoke to Murray for a special two-part edition of the Academy Podcast, where he delved into the details of all five piano concertos. Part One focuses on Concertos Nos. 1-3, and Part Two on Concertos Nos. 4 & 5:

This concert is recommended by Classic FM. Click here to find out more about the Academy’s partnership with Classic FM.

Tickets from £10 plus booking fee*

15% discount for booking all four concerts in the series at once – enquire at the Barbican Box Office for more details.

*Booking fees: £3 online, £4 by telephone. There is no fee when tickets are booked in person from the Barbican Box Office.

£5 Front Row tickets for students and under 25s are now sold out.  Join Front Row and receive advanced notification of availability by signing up to our Front Row mailing list.