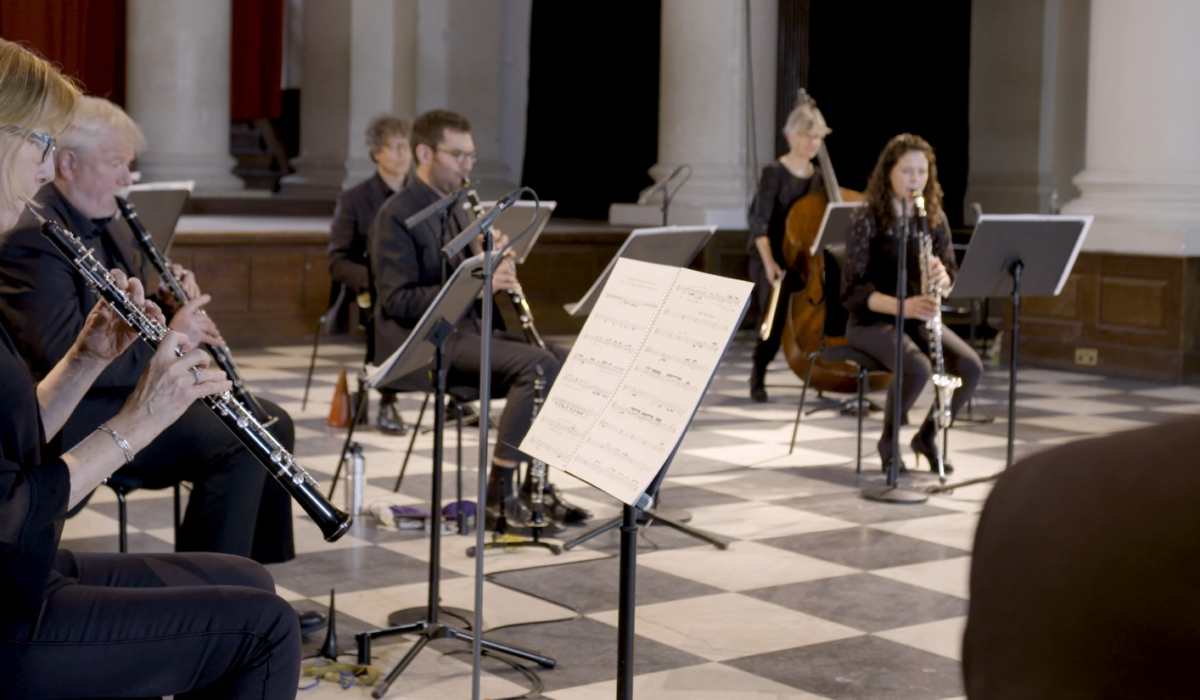 The first in three digital performances as part of The Beacon Project, Eleanor Alberga’s ‘Nightscape’ will be streamed for free on the Academy’s Facebook and YouTube pages Thursday 4th November, 7.30 pm. We also sat down with Eleanor and Academy Musicians for a fascinating insight into the inspiration behind the work.

Recorded at St John’s Smith Square and Henry Wood Hall in London, filmed performances of the three works showcase the musicians from the Academy, from string octet to 13-part wind ensemble through to small-scale chamber orchestra. Eleanor Alberga conducts her work Nightscape, which conjures up images of going from evening to night in Jamaica. The piece premiered in 1993, and a wind ensemble from the Academy gave the first performance since then in November 2020.

Sally Beamish’s Partita will available for streaming at 7.30 pm on Friday 3rd December, and Errollyn Wallen’s Concerto Grosso at 7.30 pm on Sunday 2nd January. Interviews with the composers and ASMF musicians will also be available on the ASMF podcast.