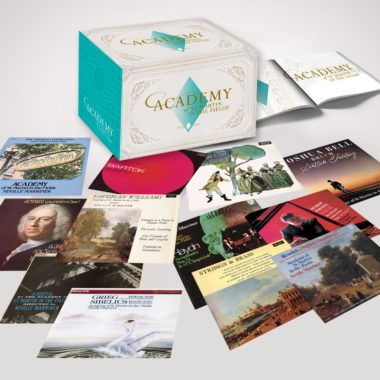 60 CDs celebrating 60 years of the Academy of St Martin in the Fields. This new edition, an exciting new collaboration between Decca and the Academy, celebrates the Academy’s international reputation for its distinctive, polished and refined sound through a hand-picked selection of 60 recordings from their vast catalogue of over 500

Recordings taken from the Decca, Argo and Philips catalogues, plus Sony Classical, Pentatone and Onyx. Including the first and last recordings with Sir Neville Marriner, recordings with Iona Brown and with present Music Director Joshua Bell, this edition is a true survey of the first 60 years of the Academy