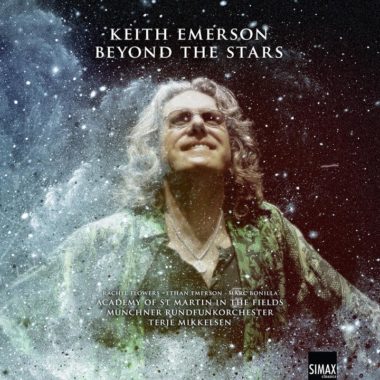 Keith Emerson – Beyond The Stars

We’re proud to be part of this album, which celebrates the musical legacy of keyboard player, composer and pianist Keith Emerson, whose open and inspired attitude toward classical music in the 1970s was a revelation for many rock fans.

Recorded at Abbey Road Studios, Beyond the Stars celebrates Emerson’s musical legacy and will be released on 2 November 2018 – what would have been Keith Emerson’s 74th birthday. It features Academy performances of four of his works under the baton of conductor Terje Mikkelsen.

Keyboard phenomenon Rachel Flowers features as piano soloist in Toccata con Fuoco from the Piano Concerto. A special contribution comes from Keith’s grandson; 13-year old Ethan Emerson, in the beautiful The Dreamer for piano and strings.

The album is released by the Norwegian company Grappa Musikkforlag on the label Simax Classics, and is available to purchase here: www.keithemerson.no