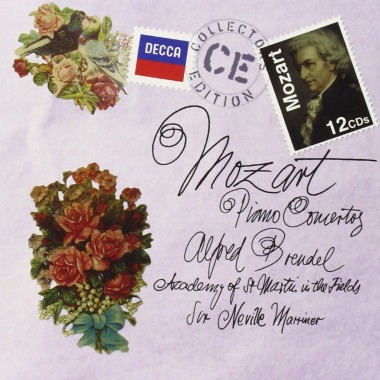 In September 1970, the legendary Austrian pianist Alfred Brendel completed his first recording with the Academy of St Martin in the Fields, striking up a life-long friendship with Sir Neville Marriner in the process. This marked the start of an epic recording project spanning 14 years, during which Brendel, Marriner and the Academy recorded all 23 of Mozart’s mature Piano Concertos. This boxset of the entire cycle, released in 2011, is now a cornerstone of any Mozart-lover’s collection, with Imogen Cooper joining Brendel in the concertos for two pianos, and also featuring Ingrid Haebler in Piano Concertos Nos. 1-4 with Salzburg Mozarteum Camerata Academica.