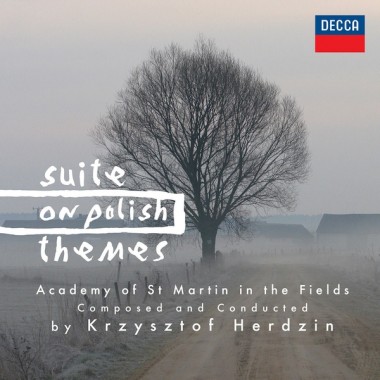 Polish composer and conductor Krzysztof Herdzin (who also counts pianist, arranger and producer among his many talents) fulfilled a life-long ambition to record at Abbey Road studios, conducting an album of his own compositions for string orchestra in December 2014. The titular Suite on Polish Themes forms the bulk of the record, with each movement based on a different traditional Polish dance, while the composition Trzy Korony (Three Crowns) was written with the Academy’s particular string sound in mind.