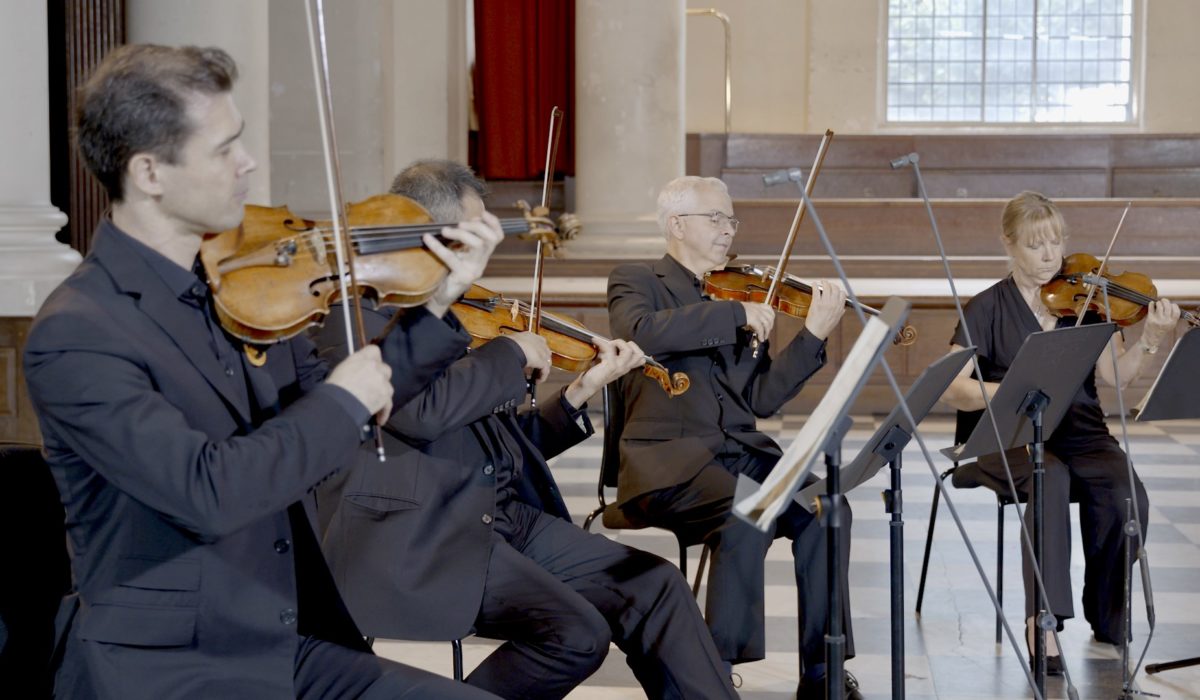 The second of our three digital performances as part of The Beacon Project, Sally Beamish’s ‘Partita’ will be streamed for free on the Academy’s Facebook and YouTube pages from Friday 3rd December, 7.30 pm.

Recorded at St John’s Smith Square and Henry Wood Hall in London, filmed performances of the three works showcase the musicians from the Academy, from string octet to 13-part wind ensemble through to small-scale chamber orchestra. Commissioned by the Academy during her residency with the orchestra, Sally Beamish’s Partita for string octet was inspired by Mendelssohn’s own work for eight musicians, as well as her time adjudicating at the Carl Nielsen Violin Competition where she heard many superb performances of the Bach solo sonatas and partitas. The piece takes fragments from these composers as well as Handel to take the idea of a partita, a traditional suite for solo instrument, and reimagine it for small chamber ensemble, in her words ‘almost like a bowed keyboard’.